Focused On The Sound 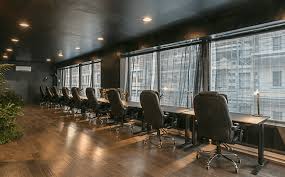 When things are unimaginable
and yet there you are
when truth and love seem further
than the furthest star
and all your imaginations
and stories that you’ve told
have cracked and fallen down in pieces
and you see the glitter wasn’t gold
so there you sit
in the cold and grey
but you are not alone
not everyone shares your day
you are not alone.

But sometimes what you realize
was underneath the rubble
is more valuable than you realized
but is it worth the trouble? 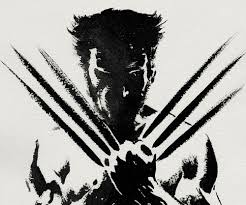 My son and I play Fortnite. For those of you who only know the name, you’re missing something huge.

It’s not that you have to play or have to like it or anything like that but it’s an important thing, Fortnite, to know about. It’s important if you have kids because most likely, even if they’re not playing, they are being socialized around it because all their friends are playing. It’s important to know even if you don’t have kids because it’s (or something similar) probably a top 5 social influencer for the next generation.

But that’s a different conversation and one that can be had. I’m here to talk about being Wolverine so that’s what I’m gonna do. In the meantime google Fortnite and do a little research.

Wolverine, the Marvel character who has the claws that come out of his knuckles, can also heal himself. The orgins aren’t what I’m talking about here, suffice it to say that Wolverine has the ability to heal his body from any trauma.

He also happens to be be one of the characters in the newest “Season” of Fortnite, along with She-Hulk, Mystique, Antman, Captain America, Iron Man, Dr. Doom, Groot and a few more. Bottom line, kids are being introduced to these “Super Heroes” not through comic books, but through deeply integrated video game worlds, like Fortnite.

So my son knows about Wolverine. We’ve spent some time trying to eliminate the beast in the game and getting our butts kicked because, well, Wolverine heals himself. So if you don’t continue the assault consistently, he will build his health back and come to slice you and dice you. There’s been many “God Dammit” moments when battling inside the game with The Wolverine.

I slammed my finger, my left ring finger, right on the nail, about 2 months ago. It hurt and immediately turned black and blue under the nail. It started back, close to the cuticle, so the base of my nail was black and blue and the tip of the nail was still the regular nail color.

I never noticed how much people noticed things, hmmm. And for the next few months I had endless comments about my finger. “ooh, what happened?”, “ewww, gross!”, “Oh man you have to fix that!”…and all sorts of comments basically proclaiming that there was something wrong with my finger and, with me for not doing more for my finger.

Well, there was something wrong with my finger. I had hurt it and so it was looking hurt.

I began to notice my Wolverine like qualities as the blue/black patch began to move up my nail towards the tip. I began to notice the color of my nail at the cuticle was returning to nail color and the patch was now in the middle of my nail. More people commented and told me I should have it looked at, should get it taken care of, that it was an injury.

I thought to myself…I’m pretty sure this is what it looks like when the body heals itself. And, yes, it’s true. My body was (and still is) healing itself and it’s the most beautiful, powerful and visually engaging (read disgusting looking) process but man do I feel luck to be a part of it. I’ve wondered what would have happened if I went to “get it fixed” or if I tried to “fix it myself”.

Are there times when you need to get yourself fixed? Obvi! Can medicine be good, obvi! Not the point.

I AM WOLVERINE!
and so are you…so before you go “fixing” every last thing, if life gives you a chance to witness your own Wolverine, let it be and watch and appreciate your own superpower. You have a superpower. You CAN heal yourself and it’s a real gift to witness. 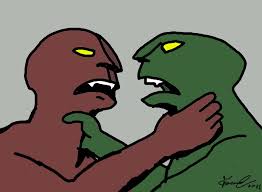 The world isn’t ready to have some conversations.
so…fine…
leave them behind
leave them in the dark
but then…
how do you not let
the dark
win?

What do you do
when faced with hate.
I feel embarrassed
as soon as I ask the question.

What do you do when faced with hate?
You hide
or
You stand and face it.

This Blog is now Retired

Growth Is Not Hitting Yourself With A Stick

What is Emotional Responsibility?

Are You A 21st Century Man

launches a project every month

A Charmed Life
Randomness and Beyond
Dirty Sci-Fi Buddha