So what’s the problem?  Did Mayor Kiss and/or Jonathan Leopold intend to withhold or distort information?  Did the City Council fail to uphold their commitment of responsible oversight and participation in City Decisions? Should we throw out the baby, the bathwater, the tub, the towels, the sink and the soap?

This is my case for Mayor Kiss and Burlington Telecom.

I like Bob Kiss.  I liked him as a business owner in Burlington and I like him now after seeing how he has dealt with his adversity.  I don’t agree with some of his policies about the best way to encourage business or the responsibilities of government and I don’t think he had any other intent in his dealings with BTC than to make it as successful a venture as possible for the City.  Did he break code, laws, rules, regulations…I’m not sure.  Have other Mayors or councilors broken the same codes, laws, regulations in their drive to improve the city in their way…I don’t know.  A better question is:  Is 17 million dollars enough money that a reasonable person would think that there would be a whole hell of a lot more oversight from a whole hell of a lot more people than Bob Kiss and Jonathan Leopold?

I like Bob Kiss because he doesn’t “Kiss Up”.  Until this event I barely heard from or about him, he doesn’t talk at the public.  He’s not on a stump.  Additionally the financial state of the City was not in great shape when he arrived I think he and Jonathan Leopold have done a pretty amazing job at getting the City back on track (the BTC verdict non-withstanding).  To me Bob Kiss is not a politician and to me, that’s a good thing.

I like Burlington Telecom because I know what it means to control the stage.  What does it mean?  It means you control the source or that you have the ability to control the source. While at Nectar’s it became clear that in the changing world of music, entertainment, technology and communication one of the most important things for my success was to control the stage, the source. In Nectar’s case the source was the venue, the actual stage on which the expression of musicians and artists took place.  The source in the case of BTC and the City of Burlington is BTC itself, it is owning our ability to originate and distribute information as we see fit, beholden to no one other than our community.

The Internet has become automatic, it is as natural as breathing.  The communication barrier between people has been decimated and the importance of controlling the source is greater now than ever.  A giant telecom company does not have to allow community programming, no matter what the law says; laws can be changed.  If Burlington is in control of the stage, the source, the network, if Burlington has it’s Burlington Telecom there is no need to ever worry about the source.

Can we examine this situation with 360-degree perspective?  Can we acknowledge our responsibility as well as envisioning an acceptable and even positive outcome?  Is it important to find out if people lied?  Yes!  If that happened then those people should be quickly and appropriately dealt with.  But to think that giving up Burlington Telecom is in any way a good idea or to make allegations against a single person from a position of ignorance or shared responsibility for the problem is only angry, harmful and misleading behavior that could (if it hasn’t already) devolve into a political excuse for short sighted or slanderous action.  Sound familiar.  Let’s be different Burlington! 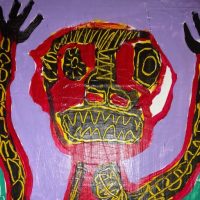 Seeking Solace in the Horizon & Beyond

Because we’re all recovering from something.

A Charmed Life
Random Stories & Beyond

:to put to death (as by hanging) by mob action without legal approval or permission