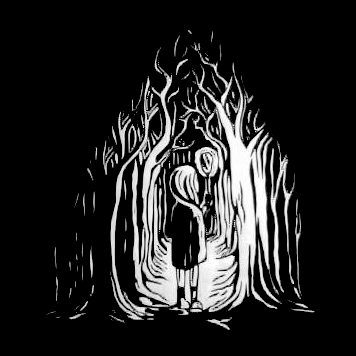 I’m reading my 472nd article on “Toxic Masculinity” and my heart breaks because I imagine my eight year old son being taught that part of himself is poison.

If I had to guess I would say all of the adults in the room have an understanding of being told that part of them is poison. I know what it’s done to me, and worse, I’m not sure what it’s done.

But enough about me.

You Are Not Toxic.

However, you may be behaving like an asshole! That’s a very good possibility and if that’s the case and you want to become a man, it would be good to begin to examine why you’re behaving like such an asshole and try to change that behavior. This applies to the girls out there too, the “Toxic Masculinity” myth isn’t just poison to boys, it’s poison to girls, too.

I see two ways to go when engaging in the spread of ideas: defend or rise up and inspire and I’d like to encourage everyone to rise up and inspire. I understand the tendency to want to apply logic to the arguments is strong, I want to line up the numbered arguments and take apart each one, but what good would that do when the arguments aren’t coming from logic? It would do about as much good as telling boys that part of them is poison in order to create a more loving, peaceful, just world. So I’m going to pass on that.

But passing on it isn’t easy. I look back to my notes in preparing to write this and I see so much anger and hatred on the page, I’m very sensitive when it comes to Justice and the humanity of boys in particular and when I see so many resources going towards the creation of a dialogue that if believed is actually toxic well, I want to protect, I want to fight, I want to hurt, I want to poison.

And when I connect to that pain I can see there is another way!

There is enough poison in the world, we don’t need to manufacture more in order to improve our relationships and continue our human transformation. What we need to do is walk in peace, the same peace we seek by using the poison. And if it’s not peace you seek, but Justice, well then, you must walk in justice. And there is no Justice in making our children believe that any part of them is toxic.

It is possible to address the problems of the world without creating that dialogue, it’s not just possible…it’s necessary. Think about speaking directly to your little boy or little girl and telling them that something inside of them or their sibling is poison, how would they feel, what would they feel to hear this coming from the person they trust most in the world, think about the fear and aloneness and self hate it would foster and then think about the problem you’re trying to solve and ask yourself, is this the way? If we actually care about solving the problems we see in men (women, society, ourselves) we’re going to need a different approach than “Toxic Masculinity”.

So it’s time to get to the real meat of it. If we’re not going to use “Toxic Masculinity”, then what is it? We need to figure it out and we need men and women to figure it out, separately and together.

I hope you enjoyed this, how about until next time, we all contemplate the actual issues, deeply rooted in our own insecurities with a motivation driven by our desire to nurture the best in our boys and girls, not pass on our poison, and let’s meet back here and discuss and see what we can come up with. Thanks for reading.