But really I find this to be true in general. It could mean that I’m not a good guy but if that’s true, well then, I guess I’m no worse off then I’ve ever been, so here goes…

Men and women are different, if you haven’t heard. I think the difference between the male and female is the ultimate difference, there’s nothing that’s more different than that difference.

You can interpret that difference in two ways. The first way is to feel hopeless and afraid that you’re not enough or that someone has something that you can’t or don’t have, to come at it as if you’re a beggar and need something from someone else to be ok. The second way is to see it as an opportunity to discover lands that are as unexplored to you as the universe, to become an explorer, an adventurer and realize that right here on this earth we are each guides for the others to become tourists and citizens of ourselves.

When you hear that the difference between male and female is the ultimate difference in existence, do you look at that from fear or love?

This is from love.

Good men do not agree with women, in general. This is a philosophical argument so if you want to argue with all the instances where that statement isn’t true you might be frustrated with this, but if you take it as a thought and emotional experiment it might have some value, I think it does.

The way it works, for me, is that it’s a struggle. Constant struggle of not understanding how women work, why the work, what they’re talking about, why they’re talking about and what the hell to do about any of that. I simply do not understand. But I love women. I love my my wife. I love my female friends, in spite of and in some ways because of my lack of understanding of them and their motivations. Somehow it still works and it’s taken me all of my life so far to get to the point where I have begun to accept that I have not the first idea about what really goes on in a females head beyond brilliant colors and explosions of chaos, thoughts and feelings a million times per minute.

***This next part is for women and men who can look at things from love and not fear. If you read it from a fear based place you will feel defensive and miserable. If you read if from a love based place…well…try it***

FEMALES, you are not wrong! Not at all. It’s always time to be more caring, gentle, strong, peaceful and compassionate. No humans, ideally, should be subject to might is right violence and abuse. If anyone is getting beat up, emotionally, physically or thought wise, they should speak up and try to fix it and dare I say, be supported. But that doesn’t mean that it’s right or even positive for men to agree with the way you’re going about trying to bring your experiences into the world.

A good man will disagree with a woman and NOT act like a heathen or a barbarian. A good man will hear a woman, judge for himself and adjust his behavior appropriately, if need be, and he will determine the need. A good man, if he succumbs to violence, as every human being, male and female has done at some point and most will continue to do despite their best efforts, until they die, will address the violence, make it right, if he can and work on himself to strengthen himself against it. But a good man does not agree with a woman.

So we arrive back at #Me Too and Toxic Masculinity, back to one side of the struggle which is justified and right and good; let’s raise awareness about violence against women so that we can better address it and work to stop it. Women are right to feel this way but they feel this way because they’re women, because they have a unique, sacred experience of the world.

This is how males are avoiding their responsibility for positively contributing to a solution that women are so clearly bringing up, do you see women? Do you see that by males agreeing with your process of blame and finger pointing (which may not be preferable or generally good but is, none-the-less true from your perspective) they don’t have to look inward at their own behavior. They’ve created a straw man on which to put all of their personal vulnerability, weakness, pride and violence. If there’s such a thing as toxic masculinity, well then, I can’t really help it.

Unfortunately (in this specific scenario) females have a generally forgiving and accepting nature and accept that from men. You females accept that men agreeing with your process means they’re on your team, on your side. I’m hear to tell you that they’re not. They’re not on your side at all. The men that agree with you on the process of #Me Too and Toxic Masculinity are not on your side, they are on their own side. They are opportunistic, just like Gillette is opportunistic. Is that what you want for your partner? Is that how you want your husband to act? Is that they type of behavior you want to teach your son or daughter? To be opportunistic, to seek the shallow, cowardly space of agreement rather than to seek the truth of disagreement and peace! That’s right…disagreement AND peace. It’s much harder but it’s what’s necessary if we want to really evolve as a species together.

We have different universes inside us, males and females. We can either be beggars or explorers. Right now the women are right, it’s time to stand up and out and be men. And that means not agreeing with the current bullshit trends AND working to address the issues that women, in their way, are putting out there in the world. 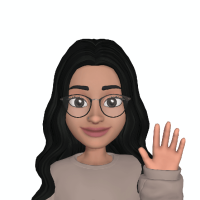